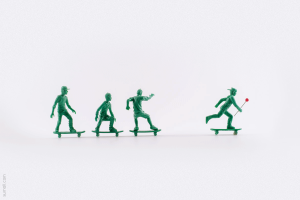 It is a common feeling among young people – “it would be nice, if certain information was not available online”. They say – “I wish I hadn´t posted this”. Or even worse – “I wish my friend David had not posted this photo online or shared it!” Therefore, an opportunity to erase such data sounds very appealing.

In the EU context, according to the European Court of Justice, there is no such right under present legislation. However, the idea is included in the Proposal of the General Data Protection Regulation (find full text here). It’s called a “the right to be forgotten”. It raises several legal issues, relevant for the debate on big data or data protection in general. This article gives an overview of critiques of the brand-new legal instrument.

1. You do not own your personal data

This might sound surprising. However, it is a core idea of an excellent article by data protection lawyer Lothar Determann Social Media Privacy: A Dozen Myths and Facts. He argues that factual information are excluded from intellectual property law protection. Moreover, the individual´s claim for personal data ownership cannot be derived from trade secret law protection or database law. A person has rights to remain silent, keep information confidential, obtain injunctions against defamation and demand correction of inaccurate information. But it does not own its personal data. That’s why, person’s right to erase such data is very questionable.

2. It violates rights of other people

Many authors, such as Peter Fleischer from Google, described the problems with different types of data. How to exercise the right to be forgotten, if posted data had already been copied by other users? Or what if it was another user, who posted data about a subject? The right to be forgotten seriously affects the rights of other people, resulting from their freedom of expression. Simple questions, difficult answers.

According to some authors, the proposal leads to the high administrative burden. We should not forget about the costs associated with a detection and deletion of data. Someone would have to pay for these processes, since data can end up in many accounts and places in social networks. It might be a data subject, a company or other subjects. However, for a regular person in a position of a data subject, it might be a huge financial problem to pay for these costs. Similarly, the costs might be very high for small start-up companies, working with data.

Some authors argue that even though the proposed legislation seems very strict, in reality the authorities in Europe would not be so strict about the enforcement.

6. The development of a society

Google´s former CEO Eric Schmidt had once suggested that today´s children would have to change their names when they turn thirty. Determann disagrees with his opinion and argues that the society will have to learn to accept the fact that youngsters may by wild. The society would become less hypocritical and would accept that young people have a right to change their views. According to him, this is a better and more suitable way how to tackle problems with undesirable online content.

This article gave an overview of the most common arguments against the right to be forgotten. In Data & IT Law, we would also address the arguments in favor of using this legal instrument. However, from the previous list, it is possible to say that before such right is introduced, we should address several serious issues.

What is your opinion about the issue? Do you think an introduction of a “right to be forgotten” is a step forward? Do not hesitate to comment and contact us.

Note: This article is intended as a summary of issues. Its purpose is not to provide legal advice or create an attorney-client relationship between you and the author of this article.